Go and Do Likewise

You are most likely pretty familiar with the story of the Good Samaritan. It is one of the most well known of Jesus' many stories. 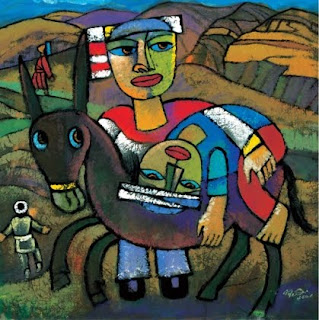 “A man was going down from Jerusalem to Jericho, when he was attacked by robbers. They stripped him of his clothes, beat him and went away, leaving him half dead.  A priest happened to be going down the same road, and when he saw the man, he passed by on the other side. So too, a Levite, when he came to the place and saw him, passed by on the other side. But a Samaritan, as he traveled, came where the man was; and when he saw him, he took pity on him. He went to him and bandaged his wounds, pouring on oil and wine. Then he put the man on his own donkey, brought him to an inn and took care of him. The next day he took out two denarii and gave them to the innkeeper. ‘Look after him,’ he said, ‘and when I return, I will reimburse you for any extra expense you may have.’
“Which of these three do you think was a neighbor to the man who fell into the hands of robbers?”
The expert in the law replied, “The one who had mercy on him.”
Jesus told him, “Go and do likewise.”

A priest and a Levite, both religious leaders, pass by the needy man on the road and it is the Samaritan, one despised by the story's audience, who is the hero of the story as he stopped and cared for the wounded man. We all get the message, though we often forget the challenge to religious leaders or the confrontation of racial bias that this story delivers, and we call those we see helping others 'Good Samaritans.'

The part of this story that I have been puzzling over for the last few weeks is the Inn keeper. Who is this remarkable character that takes in this poor stranger that the Good Samaritan has bandaged up? What makes him agree to take the man in? Why would he spend beyond what he was given to look after this man? Why would he trust the Samaritan to return?

I think this story has been on my mind because we have been spending more and more time at one of our favorite places in Tampa called "The Good Samaritan Inn." Many recognize the name of the place as reference to the story but I don't think many pick up on the reference to the inn itself. It refers to the inn where those who have been rescued and cared for are brought until the Samaritan returns. 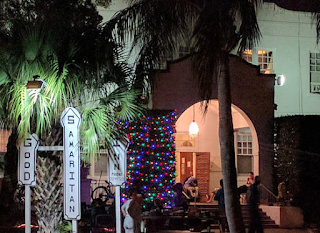 We were there quite a bit over the last week and it is so full of beautiful people, many of whom really are in need of the kind of care the inn keeper in the story was asked to provide. It is a wonderful place to gather as family and "do likewise" as we offer mercy to one another.

Last Saturday, January 28th, we took our mobile unit out for the first time and we were honored to christen our coach at The Good Samaritan Inn. We had such an amazing time reconnecting with so many of our neighbors that we used to see at our Family Room just two blocks south of the Inn. It was like a family reunion and we were all so grateful for the grace of one another's presence. 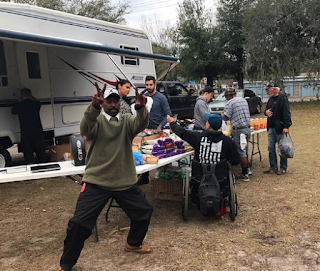 Then one of our teams shared dinner at the Inn on Tuesday night, this meal has been at the Inn every Tuesday for the last 6 years. It was this meal that established many of the relationships we have with the residents as well as our relationship with the owner of the Inn, who is allowing us to come and serve there in a much deeper way since the closing of our drop-in center.

Wednesday night, though it wasn't at the Good Sam, is still a highlight from what was an amazing and full week.  We gathered many of our core folks for our weekly Family Time gathering; we laughed and ate together. This time is such a beautiful and rich space where we pause from hospitality to turn to love and care for each other. 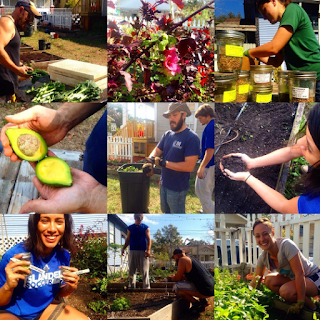 Then on Thursday morning several of us went to The Coffee Shop, a new drop-in center that Gracepoint just opened on Nebraska Avenue. We are so excited about this place as it is an answer to prayer. We were sad to know that in closing our center there were no other options for many of our friends to get showers or have a place to rest during the day. Just over 2 months after closing, the Shop opened up offering showers, laundry, coffee, a place to rest and so much more! We are so grateful for others in the work with whom to share the load.

That same evening, as with almost every Thursday night for the last 8 years, The Banquet was served. They have recently relocated the dinner into The Good Samaritan Inn, deepening our commitment to and work with the community there.

Saturday was a full day too. A handful of us gathered that morning to clean, prep, and plant the Tampa Eden Project's Ybor Street Community garden. It was a beautiful and relaxing day of sowing seeds and enjoying one another, as well as the perfect Tampa weather. 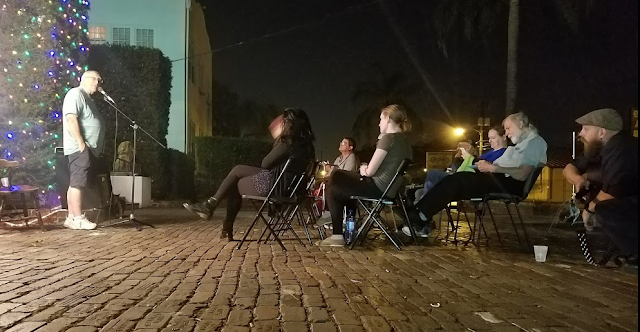 Then on Saturday evening we held our monthly open mic and potluck dinner known as The Conscious Party, now at the Good Samaritan Inn! It feels so right to host this event there as residents from the Inn have been among our most faithful Conscious Party attendees since it began a little over 7 years ago.

Finally, on Sunday, our board of directors gathered to review our strategic plan and the tasks ahead of us for Q1 & Q2 of 2017.

It was a week full of going and opportunities to do likewise. So if you pass by our old address and wonder about the Well, please know that we have not gone anywhere and are every bit as committed to the vision of seeing needs met, bridges built, and our city made whole.

"Go and do likewise"
Blame this post on Johnny Produce