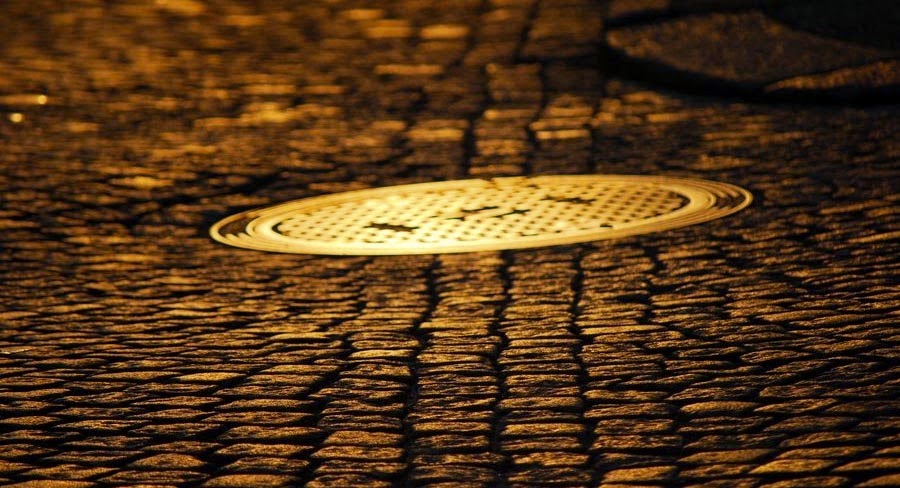 
Few earthly things have been more prized throughout time and across cultures than gold. The picture of Heaven painted in Revelation is of streets paved with gold. Yet, to uncover the significance of gold in this vision of a perfected world, we must dig deeper than our culture's frequently shallow conception of material wealth.

As beautiful as gold is, the value ascribed to it is has always been primarily due to its scarcity. The rarest metals and gems are generally treasured above all others. By recent estimates, there has been some 171,300 tons of gold discovered in human history, which equals roughly 1.33 ounces for each person currently living on earth. Based on today's market value, that's an average of $1,576 USD for every woman, man and child alive - and that's just in gold mind you. The reality of wealth distribution is of course is far different. Many Americans may never be in the same room as an ounce of gold in their entire lifetimes. Access to wealth is so rare that the bottom 20 percent of Americans have an average total net worth (both financial and non-financial assets) of zero dollars, while the wealthiest 40 individuals control more than half of all wealth in this country.

Since humans first began conceiving of wealth as something to be hoarded, this shiny metal has been considered precious despite offering little intrinsic worth. As much as we prize gold for it's scarcity, we premise our understanding of abundance on more of it consolidated under our own control. The "Midas touch" mythologized by Aristotle two millennia ago has now entered our collective vocabulary to symbolize the "skill" of proficiency at procuring wealth. In our hyper-competitive global economy, those who have this so-called skill wield tremendous power and receive the ultimate societal privilege. "He who has the gold makes the rules," is how Jesus' words are satirized. The separation between those with gold and those without is far more than statistical; indeed, these individuals experience in their lives very different daily routines, opportunities, lifestyles and customs.

It is in contrast with this deeply divided world we know, that we must now examine a Heavenly city with streets of gold, gates of pearl, and foundations of gemstones. To understand this vision as simply "more for everybody," is to grossly misunderstand abundance. Imagine yourself in this New Jerusalem trying to buy something to eat from your neighbor with a gold coin. What value does gold have as currency in a city paved with the same? Formerly a rare sight, gold is now in abundance and is in the public domain. Apart from scarcity, it has lost its value as a bargaining tool.

We often forget that in the story of King Midas, he dies of starvation as a result of his "vain prayer," unable to eat because everything he touches turns to gold.  Surely we don't imagine Heaven as a shining city full of starving people. How then will we get food to eat, if we have nothing to offer in return? The answer is still gold, but perhaps better understood as manna.

While gold in its scarcity separates us, in its abundance it unites us. In a city where that which we formerly hoarded is now of no bargaining value, everything we need is now free. Our idea of abundance is no longer based on more of anything for ourselves. We are provided all we need, and we give freely out of our abundance to any who are lacking. When we imagine Heaven on Earth - when we pray "Your Kingdom come, Your will be done, on Earth as it is in Heaven" - we should imagine the real impact of those streets of gold.

Finally, ask yourself this: can you conceive of Heaven as more than just a place we go when we die? After all, Acts 4 describes Heaven as perfectly as Revelation 21 does. "There was not a needy person among them, for as many as were owners of lands or houses sold them and brought the proceeds of what was sold and laid it at the apostles’ feet, and it was distributed to each as any had need." Their supply of resources came through the same mundane sources that you and I must rely on today, but they understood it in its abundance, and treated it like the manna it was.  This is simply a community of like-minded people emulating the abundance and generosity that Jesus taught them.

We can do that too. We can do it right here in our city.

The Well hosted a retreat for our core community just before Christmas, where we practiced dreaming of the Heaven on Earth that we so often pray for. I shared mine from a few months ago. Carlo, who has been a part of our community for just over a year now, put this dream to paper during the retreat:

My eyes are opened to a city comprised of people taking it slow. Not necessarily lazy, unmotivated individuals but a community that is slow to giving up. A city made whole because it values reconciliation, its members embrace confrontation for greater good to come. Composed of people that sometimes have more than others, the differences amongst them do not stop or prevent them from having relationships with one another.

I see Tampa becoming more like the canvas that Jesus paints for us to see and to share. Where every person does not rush to make things right with their own strength, but instead everyone is quick to seek each other in humility for forgiveness and reconciliation. The outlook on oppressor/victim is of less importance because an understanding of a broken, imperfect city weighs heavier on people's hearts. Restoration is valued more than one's appearance, skin color, educational background or socio-economic status. Tampa, altogether focused on seeking mercy first above all else; an awareness of inadequacy, weakness and sin surrounds us but grace encourages us to pursue each other more.

My dream for Tampa is for a city whose voice is heard across the United States. That we are not silenced by evil, but God propels our city to cry out to Him. We bravely step into confrontation believing that good will always prevail. Citizens will openly discuss matters that may become uncomfortable, and communities will engage in listening to and sharing in each other's pain. We will be a city extremely slow to prescribe solutions to problems, and will not step down or shy away from proclaiming changes that need to be deliberated. I see Tampa embracing and looking forward to conversations that involve the poor, injustice, violence and inequality.

If I were to describe it in a parable, I would say our city has so much flour. An abundance of flour that if not properly used and shared would otherwise go wasted. This flour - food, clothing, shelter, medicine, education, jobs - will continue to remain only flour and not something greater unless we also add each of our yeast into it. The many resources in our city remain insignificant until we each add our yeast by giving freely, and then the flour is transformed. The yeast works its way through the dough, and only then can a new creation be birthed. This is how the Kingdom of Heaven will come to Tampa.

Do you have a dream of what Heaven on Earth looks like, and how it will change us as people? If you do, share it here and let it become part of our collective vision for Tampa. If you don't, I challenge you to start 2015 off by imagining what your neighborhood might look like if it were paved with streets of gold, and then ask yourself what you can do to bring that dream to life.
Blame this post on Unknown 3 comments: