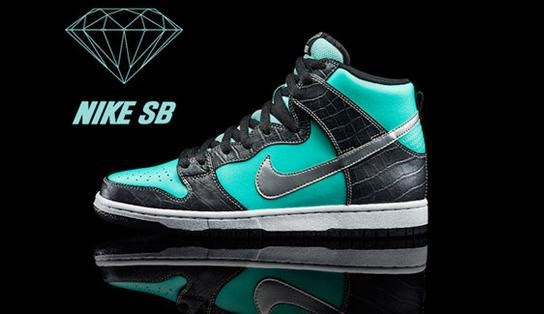 The location of the Well's Free Market is in the heart of Ybor on 7th Ave. We are situated across the street from a pretty hip little skate shop owned and operated by a local skate park. They are wonderful neighbors and have even made a few donations to the Free Market at times.

Late morning yesterday we started noticing folks setting up lawn chairs in front of the store and wondered about what was going on there. A little latter I noticed that a few of those seats were being occupied by some of our guests that we know, and who live on the streets. One of them yelled for me and ran across the street to ask me a question and I in turn asked him what was going on over there. He said "oh some new shoe is coming out on Saturday morning and some of the kids are paying us to sit there and hold their spots." "Shoes?!" I asked in disbelief. "I know" he said "but at least its an opportunity to make a few bucks."

They stayed there through the night in those chairs and this morning when we opened up the Free Market we had person after person come in for coffee and then leave to go sit in one of the chairs. At one point, when there was a particularly large crowd here, I asked what would happen if we decided to set chairs out on 7th on any other night and sleep there for a few days. They all laughed and insisted that wouldn't fly for a single night. They are right, it wouldn't fly. It seems strange to me that this same behavior is just fine if you are there to make a purchase, even if it means you camp out on 7th for two straight nights. Even if you pay homeless people to camp out there for you. Those same people who would get run off in a heart beat are just fine if they are on behalf of someone trying to come up on some new Nikes.

Many of our guests have gladly taken the 'job' of place holder. They are getting paid anywhere from $20 bucks (at the lowest that I've heard) to about $50 (was the highest I heard of) to sit out front of this store for two straight nights so their teenage employers can drop a few hundred dollars on a pair of shoes. Meanwhile those same guests keep stopping in asking if we have any shoes to share with them. Any shoes would be appreciated.

I know this is not some huge injustice but it is still hard for me to look at. It breaks my heart to see this microcosmic expression of the gross inequality and materialism of our culture. The poor are underpaid and used as the rich waste and indulge without concern for their 'employees' who have so little. The police turn a blind eye to the same behavior the poor are punished for if it is done in the name of capitalism and commerce. This is the situation outside our window today and it is a vignette of the reality outside your windows everyday.