There Goes the Neighborhood: Ripples 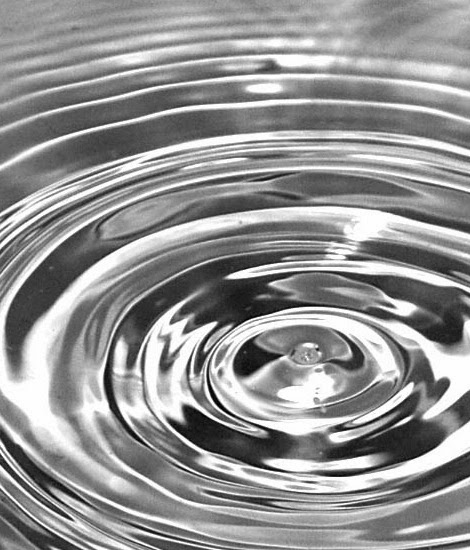 This post is the second in a series examining how city development impacts the poor. If you haven't read the first post, start there as it will make sense of what follows.

Picture a stone being thrown into a pond. There is a series of ripples that move out from the center where it initially fell. This is similar to how cities spread out over time; it is the process of suburbanization. When a city begins there is an initial 'splash' in the center, and in just about every major city in this nation you will find a large 'stone' of an old building that acts as a monument of its origins. You might find a large church, a 'First Something', perhaps a 'First Methodist' or 'First Presbyterian' church of, well...wherever. A city begins, buildings are built, industries are planted, roads are laid, and culture develops. As a city grows in population, homes are built around that center, and in Tampa many of these earliest homes are in the neighborhood now known as Historic Ybor. As the city grew larger and larger, new houses spread out into V. M. Ybor and Tampa Heights like ripples in a pond.

As a city grows in this way it is the newest, hippest, and most impressive homes which tend to be on the outside of the circle. People and sometimes businesses who do well will relocate to these new and often well-off fringes of the developing city, leaving behind old homes and buildings now in need of repair as they move into new environments amongst the city's ripples. Then the poor, marginalized, and desperate all begin to move into those abandon places that have become increasingly available and affordable as the money vacates the area. This has been the trend for decades as churches often lead the way by building their giant mega/hip/contemporary churches on the furthermost fringes where the suburbs are soon to be.

Now, however, those forgotten neighborhoods where many poor families lived among crime and decay have been purchased again. People with money to invest begin looking at those historic bungalows in the city as investment opportunities or simply cool places to live that are closer to downtown or other areas with nightlife. Ybor, Hyde Park, Seminole Heights, and other neighborhoods are clear examples of this trend of urban revitalization or gentrification in our city.

As upper middle class people move into these diverse and historic neighborhoods there is often a clash that happens. These new neighbors bring their middle class values and their prejudices right along with them. It isn't long before cops are being called on neighbors for playing their music too loud or too late and code enforcement is called on the poor single mom whose yard looks like crap. These new, usually white people start riding their bikes, walking their dogs, jogging in their little shorts, and soon the longstanding community members realize they never actually did own the blocks and hoods they claim as theirs. Soon strip clubs, pawn shops and liquor stores begin to give way to expensive cafes, hipster pubs and yoga classes. The upside is that street lights get fixed, crime decreases, schools begin to improve and trash collection tightens up. Unfortunately the poor won't have long to enjoy these benefits because before they know it, they have to move on because they just cannot afford to stay.
This trend has been happening since the 80's around this country's larger and older cities and now, given all the admittedly appealing benefits, Tampa is following in the same footsteps. One just has to reckon with the fact that it will and does come about by a slow driving out of the poor. If our society is not concerned about the general welfare of its most economically vulnerable neighbors then they inevitably will be swept aside as mere collateral damage. This is how it has worked elsewhere and this is the model Tampa is using. If there really was a way to clean up crime and develop new business investments in a community that benefited and protected those poor minority residents who have been there, it would be a beautiful thing. But that is just not what happens. Gangs, local minority-owned shops, as well as those businesses that prey on the poor will move out to wherever they are free to operate, and then that will be the new place where the poor are able to afford to live. On and on it goes as they inch closer and closer to the forgotten shore of the margins.

What we have to ask ourselves is: Are we OK with this?