People talk about the poor a lot. Frankly, it gets tiring. Political candidates, preachers, local city council, authors of the Bible, solicitous charities, all have something to say about the poor, all which the news channel repackages in the most interesting, if not entirely accurate, way possible. Often you'll have some numbers quoted, like these:

Among SNAP (food stamps) households with at least one working-age, non-disabled adult, more than half work while receiving SNAP — and more than 80 percent work in the year prior to or the year after receiving SNAP. The rates are even higher for families with children.
NBC News/Wall Street Journal via Craig M. Watts

96% of poor parents stated that their children were never hungry at any time during the year because they could not afford food, 83% of poor families reported having enough food to eat, and 42% of poor households actually own their own homes. The average poor American has more living space than the average Swede or German.
Mike Brownfield

The polemics come both from people who love the poor and from people who do not. Truth be told, I give a little more credibility to the ones who do love, and that's my bias, but we all misrepresent things. Oftentimes the chronically homeless are used as an image or example or arguing point when the issue is about poor people in general. (Side note: if you use an image of a homeless man, he should be one of your friends, and you should ask his permission.) But the biggest and most contentious topic about the poor is the question of Why. And here's where it gets really sticky. There are complex reasons, both personal and societal, obvious and subtle, for why people are poor or homeless or otherwise struggling. So many can be at work, overlapping as relevant factors.

The lines between reasons, blames, and excuses are blurred, and it takes a lot of work just to sort out the causes of one person's poor life circumstances. Upon initially getting all up in this ministry-among-the-poor heezy, I figured that my preconceived notions would be disproved and that I would find out what people are really like. It turns out that the Romneys and the Bruce Wrights are both correct. Poor people, if we're going to lump them all together, are both hardworking and lazy, oppressed and irresponsible, honorable and shameless. They are inspirational people and welfare queens. Because they're people, for goodness' sake. That's not to say that there aren't some definite patterns and themes weaving through this diverse group, it's just not so easy to sort out the causes and effects of poverty. And this is where it gets tiring.

It's not terribly tiring to walk alongside a person as they sort through their own complex of factors. Faith, hope, and love apply and they sometimes surprise you, either with change in the person you are serving or in your ability to carry on. Sneaky divine attributes. What is tiring is talking about these things as if they matter in any other context besides that of a person's life. A person whose story you are listening to, or who you're helping with paperwork, or who needs to mend a hurt relationship with God or with another person. Other than actually caring for a person, we needn't care how culpable are the teenage immigrant welfare mothers on drugs. (See video below) 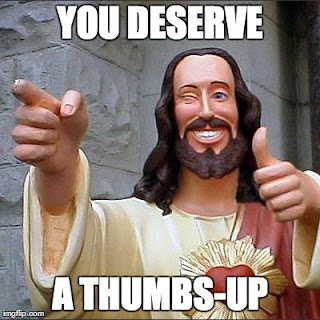 In all the rhetoric, it feels like a case is being made for or against the poor. A case to prove that they deserve help or sympathy or dismissal or condemnation. And that's where you lose me. Because my example, my model, my bar to shoot for is Jesus as storied in the Gospels. He called, taught, healed, fed, exorcised, and enlightened without any concern for whether a person deserved it. He commanded to love and serve each other without qualification, even presenting obedience to this command to be the basis for final judgment. His compassion leaned towards those places where compassion was not likely to be found already. He crossed over lines of ethnicity, social and economic and religious status, and moral standards. He loved without condition, and in this he showed us the Father.

We don't serve people because they deserve it, any more than we deserve what we have. We serve people because that is love as shown by Jesus. And it is compelling, and profoundly hopeful, and sometimes it changes lives. But never is it ours to dispense as we see fit. Always it is ours to dispense as we see need. No other qualification is necessary. Wisdom, earned over the years through active engagement, may teach us better how to love, but it will never have anything to say about whether or not to love. That question has been settled definitely by Christ. And it has nothing to do with deserving.

“The Gospel takes away our right forever, to discriminate between the deserving and the undeserving poor.”


And now for something completely irreverent. [CAUTION: Strong language and sarcasm below]